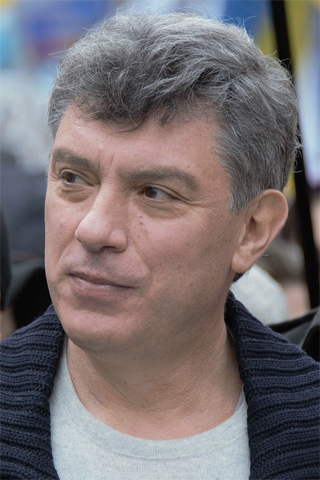 To see Part One of this article please go here:

Boris Nemtsov was not a person the average American knew much about. A Russian scientist and politician, was known in his homeland as a man who rallied opposition to the current government and policies of Vladimir Putin. Even when he was murdered on a bridge in a park a stone’s throw from the Kremlin, it barely registered a blip in American newscasts.

Yet it seems that the mystery of who shot Mr. Nemtsov and why is not yielding easy answers. Wikipedia tells us that Russian President Vladimir Putin instructed the Investigative Committee, Ministry of Internal Affairs and the Federal Security Service to create a single team to investigate the assassination of Nemtsov. So far, the clues on who shot Nemtsov and why are few.

So far the prominent theories driving the investigation are:

According to the Financial Times the government is investigation a number of theories to this crime. The first is that this a “provocation murder” designed to impugn the reputation of President Putin. Some believe the CIA is involved for unknown reasons, or that an exhiled former Russian tycoon, Mikhail Khodorkovsky issued the hit. They are also investigating various political factions, including connections to an Islamic terrorist, links to the Ukraine or a Russian nationalist.

Some believe Nemtsov was murdered because he was working on a report about Russian soldiers in Ukraine — a taboo topic for a Putin government that continues to deny it has sent any soldiers to fight there.~ Financial Times

What can astrology tell us about the murder of Boris Nemtsov? 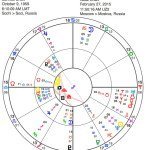 Take a look first at the sunrise birth chart.

Transiting Pluto (as it moves in the sky now), the planet of death and transformation sit on Nemtsov’s natal moon. This configuration is in challenge aspect to Nemtsov’s sun. But Pluto is a long transit, and doesn’t necessarily bring death.

The planet of abundance, Jupiter, by transit opposes Nemtsov’s natal Chiron. This can bring a health problem, perhaps with the heart.

But these aren’t the causes of Nemtsov’s death. However the event is very revealing. Putting the natal planets, outside the horoscope of the event gives good clues, because the natal planets arranged within the houses of the event chart shows the conditions of that person’s life at that time. . Adding Nemtsov’s solar arcs into the mix throws some additional light on the subject. 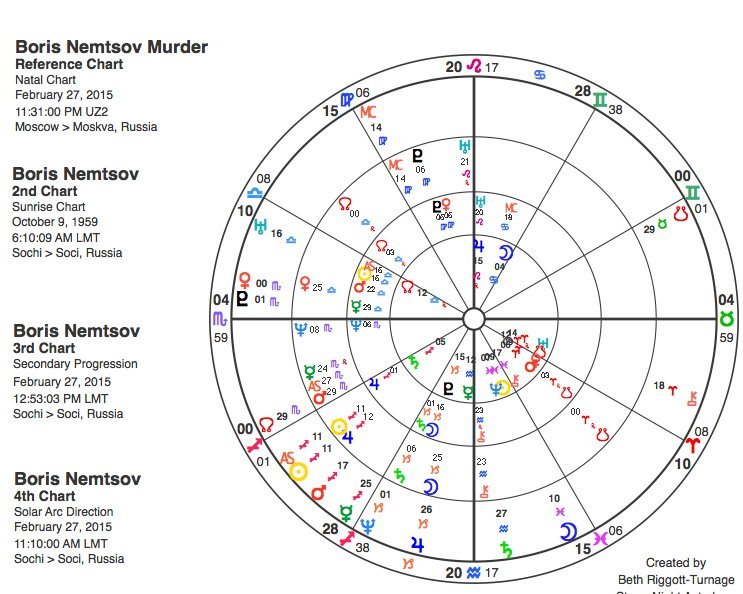 For those that aren’t familiar, the Solar Arcs are defined as the difference between the position of the progressed Sun and natal Sun on any particular day. This arc is then added to every planet and point in the chart. Solar Arcs reveal the themes and events the solar arc year. Solar Arcs are useful, because unlike progressions, all the planets move around the zodiac wheel, not just the personal planets. They give us a keyhole view of the developmental issues associated with the slow-moving outer planets.

So what is the first thing we see?

Nemtsov’s Pluto/Venus combination is at the top of the event chart in the house of public image. He was murdered in a very public place, and he was with a woman he was dating.

Then what else do we see?

But notice also that Solar Arc (from here on referred to SA) Pluto is conjunct Nemtsov’s natal Mercury. That Natal Mercury is at 29 degrees, a critical degree where a decision is called for. On May 7, 2014 the Solar Arc Pluto was at 29 degrees Libra, which leads to me think that a decision was made to kill him last year, if necessary, and when SA Pluto moved past the degree of decision, it became necessary.

Yes, his murder was a conspiracy.

But who conspired to commit this murder?

It appears more than one person.

Look to the twelfth house and you will see that planets from Nemtsov’s natal chart crowd the event chart’s house of secret enemies.

And maybe not so coincidentally Russian President Vladimir Putin has a stellium of planets in Libra hitting those planets as well. But regardless of who made the decision, it was not made in a vacuum.

The event chart has the Sun and Neptune in Pisces, again showing secret and powerful enemies, who, of course oppose Nemtsov’s activities. Neptune points to the Communist party.

Nemtsov’s Natal and Progressed Uranus, the planet of the unexpected, opposed his Natal Chiron, the planet of something wrong, and the SA Saturn. Since Uranus is the planet of explosions, it makes sense that he died by gunshot.

Another eerie thing is that news sources report that Nemtsov was shot four times. The number four is all over this chart. The Ascendant is four degrees Scorpio, the event moon is four degrees Cancer, four planets from Nemtsov’s chart tenant the event chart tenant the twelfth house, four SA planetary positions are going through the second house, and four planets in the event chart is in Aries: Mars, Venus, South Node and Uranus. Mars with Uranus often refers to gunshots.

One of the gunshots hit Nemtsov in the head. The head is ruled by the zodiac sign Aries.

Because there is so much Neptune in this chart the truth of Nemtsov’s death will never be known.

On the other hand, either fairly or unfairly, President Putin will not be able to shake the political shadows of this man’s death.