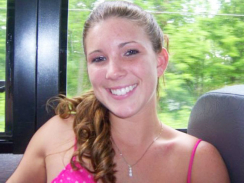 (True Crime and Astrology) Stacey English, a young professional woman from Atlanta has been missing since shortly after Christmas. Her car was found running, driver’s side door open, in the lot of a police substation/library and impounded less than 9 miles from her home. Due to the inefficiencies of the Atlanta Police department, the connection between the car and the missing woman wasn’t made until after a week Stacey’s car was impounded.

As it turns out, though there is a string of missing women up and down the Eastern Seaboard with their cars found but not, initially, them. Are the similarities in their cases coincidence? Can their cases help track down astrologically the whereabouts of these two missing young black women?

The first of these cases in 2011 is that of Krista Dittmeyer.

Krista Dittmeyer’s car was found running with her toddler inside it on April 23, 2011. She last spoke with family members on 8:00 PM, April 22, 2011, the “last seen” date and time used on the horoscope charts. Krista’s car was found about 60 miles from her home, in another state. The Conway, NH police department wasted no time in mounting a search for the young woman, and quickly found her body in a pond near to where her car was found.

When you look at Krista’s birth chart compared against the “last seen” chart, on the striking things you notice is a very strong T-Square in the “last seen” chart, between Saturn in Libra, opposing a stellium of planets composed of Mercury, Mars, Jupiter and the Sun all of which challenges a conjunction of the the planet of death, Pluto and the Moon in the sign of zodiac Capricorn.

Krista’s collection of planets in the zodiac sign of Capricorn, Uranus, the planet of the unexpected, Neptune, the planet of illusions, the Moon, and Saturn, the planet of work and duties hits the apex of the T-Square in the last seen chart. 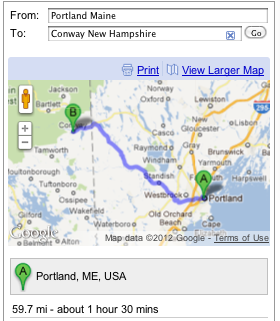 Another striking feature of the last seen chart is that is points almost exactly the direction Krista traveled, from Saturn to the collection of planets in Aries. (See map, remember that directions in the horoscope chart are flipped to get a North-South compass orientation.)

This stellium of planets is in the sixth house of work and service, and the Saturn is in the twelfth house naturally rules by the planet of dreams and illusions and of drugs.

What the police found out fits this chart to a chilling degree.

The mother was robbed of her drugs, hit with a rubber club, bound with duct tape and drowned or suffocated in a pond, prosecutors say.

Anthony Papile, 28, Trevor Ferguson, 23, and Michael Petelis, 28, have all been charged over her murder and robbery, with authorities believing they wanted to steal drugs and money from her.

Notice in the sixth house of the last seen chart four planets. Mercury, represents her child, Mars, Jupiter and the Sun represent the four young men involved in the robbery and the murder.

Jupiter here seems confusing, since it confers protection, until you read the story and find out the one of the young men was supposed to be her “protector” in the drug deal, a protector who found the idea of stealing her cash and drugs more lucrative than receiving a cut on the deal.

Krista’s Saturn in Capricorn indicates a place she would be found would be “low and to the ground” but in her case the Moon, the planet connected with water is conjunct her Saturn.

This chart is different from other forensic astrology charts shown thus far in that either Saturn, the natal or the “last seen” does not sit on the actual location of the body. We are using a phone call which may not be as accurate in pinpointing events and conditions as an actual visual sighting. However, the astrological clues are there hidden in the chart.

This case, however, only gives us some additional insights into looking at a forensic astrology chart. How useful will they be in astrologically investigating women missing under similar circumstances?

We’ll find out as as we look into the next few cases, continuing in this series with the case of Sarah Townsend. 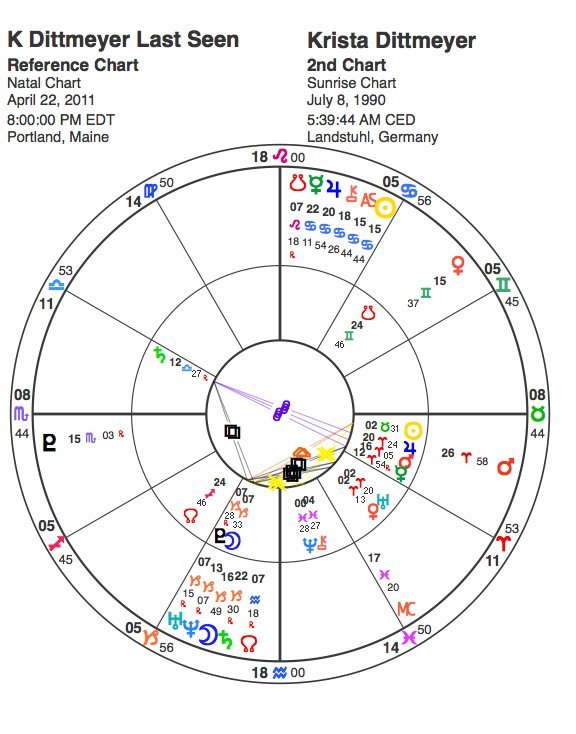